Our guests on this episode include…

Public relations manager at Feld Entertainment for Supercross talks about some of their upcoming events.

Stay tuned in 10 to 10:30 pm ET for NASCAR Hot Topics Sound Off with co-host Andy Laskey as our Fan4Racing crew, along with an old friend Chris Creighton -aka the Yellow Caution Flag- the announcer at WhyNot Motorsports Park and host at 110 Nation radio show. discuss the hottest topics from the weekend of racing,

Call 929-477-1790 or tweet @Fan4RacingSite with any questions or comments during our LIVE broadcast. 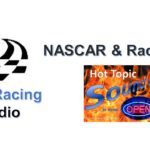 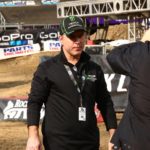 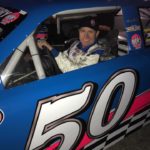 Our guest includes Sean Brennen, with Feld Entertainment covering the Monster Energy Supercross Series chatting about their 2018 season which started earlier this month.

Also, Tim Huddleston joins us to chat about the latest news about Irwindale Speedway for the 2018 season.

Stay tuned in 9:30 to 10:30 pm ET for NASCAR Hot Topic Sound Off with co-host Andy Laskey as we discuss the hottest pre-season topics.

We’re talking all the latest NASCAR Pre Season news in the Monster Energy NASCAR Cup, XFINITY, and Camping World Truck Series, along with the K&N Pro Series, ARCA Racing Series and more.  So buckle up and stay tuned into Fan4Racing Radio throughout the 2018 NASCAR Racing season.

Call 929-477-1790 OR tweet @Fan4RacingSite, @Sal_Sigala or @alaskey14  with any questions or comments during our LIVE broadcast. 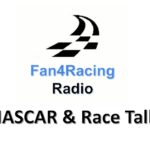 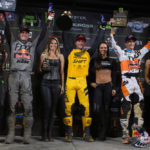 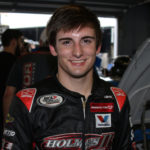 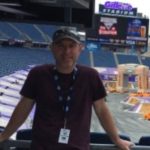 Guest include, ARCA Racing Series driver, Bret Holmes as he talks about racing the full 2017 season with Bret Holmes Racing.

We’re talking all the latest news in racing including Monster Energy NASCAR Cup, XFINITY, Camping World Truck, K&N Pro, ARCA Racing Series and more.  So buckle up and stay tuned in to Fan4Racing Radio throughout the 2017 season.

Call 929-477-1790 OR tweet @Fan4RacingSite or @Sal_Sigala with any questions or comments during our LIVE broadcast.