The announcement came on the heels of Christian Eckes’ dramatic super late-model victory earlier in the week at the prestigious 49th annual Snowball Derby.

Eckes, a native of Middletown, New York, made four starts with VMS in 2016. END_OF_DOCUMENT_TOKEN_TO_BE_REPLACED

Christopher Bell is our guest on Fan4Racing NASCAR & Race Talk on Monday, September 12, 2016 at 9 pm ET. Call 929-477-1790 or tweet @Fan4RacingSite or @Sal_Sigala with any questions or comments during our LIVE broadcast.

If anyone questioned Christopher Bell’s pit strategy in the beginning, they weren’t when it was over, especially after he drove into victory lane Saturday night at Salem Speedway as winner of the 100th ARCA Racing Series presented by Menards race at the legendary southern Indiana short track. END_OF_DOCUMENT_TOKEN_TO_BE_REPLACED 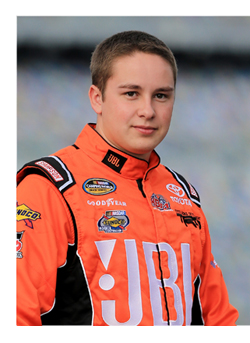 Christopher Bell is our guest on Fan4Racing NASCAR Weekend Preview on Thursday, April 21, 2016 at 9:30 pm ET. Call 929-477-1790 or tweet @Fan4RacingSite or @beberly18 with any questions or comments during our LIVE broadcast.

Former USAC National Midget champion, Christopher Bell is heading to Salem Speedway this weekend racing with Venturini Motorsports for his career debut in the ARCA Racing Series presented by Menards. Bell is driving the No. 66 JBL Toyota Camry in the Kentuckiana Ford Dealers 200 on Sunday.

Although this is Bell’s first race on the Indiana short track he tested with Venturini Motorsports a couple of weeks ago, giving him confidence that he and his car are ready for action on the track. END_OF_DOCUMENT_TOKEN_TO_BE_REPLACED